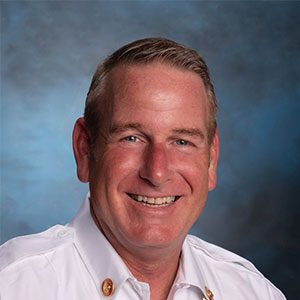 Weishaar has several fire department-related technical and administrative certifications and has been the department’s code enforcement officer since 2014. He manages the lighting system for the Amelia Earhart Memorial Bridge, serves on several boards and committees within the community and was recently named the city’s Administrative Hearings Officer. Weishaar was named Deputy Fire Chief in January of 2020 and has served as the Interim Chief since January 2021 before being named the permanent Chief in June of 2021. Weishaar is a native of nearby Nortonville and joined the department in 1999. After 13 years as a firefighter, he was promoted to lieutenant in 2012 and to captain in 2017.

Weishaar began his professional career in Atchison, working for Litwin’s clothing store, while attending college. Before joining the department, Weishaar worked as an administrator for the Jones Store Company in Kansas City and Topeka before moving to Atchison in the mid 1990’s to raise his family. Prior to working for the AFD, Pat worked locally for Blish-Mize.
"I have had many great mentors throughout my career with the department and have established many positive relationships working in community,” Weishaar said. “I’m proud to serve our citizens and continue the exceptional reputation and legacy of the Atchison Fire Department.”
City of Atchison
515 Kansas Avenue
Atchison, KS 66002
Phone: (913) 367-5500
Fax: (913) 367-3654
Email Us 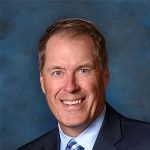