If voters approve the SOS – Save Our Streets Sales Tax Referendum in July, that would lead to a lowering of City property taxes (that Resolution has already been approved by the City Commission in case the sales tax question is approved). The City portion of property tax bills would be lowered by approximately 14%.

One reason property taxes are high in Atchison is because the state of Kansas has the highest state sales tax in the region. The state keeps 6.5% of each retail dollar spent for state government services. That forces local cities to rely more on property taxes to provide the police, fire and public works services that residents want.

The new sales tax rate of 9.75% would still be competitive regionally, and there is no research evidence that suggests it would affect local businesses or shopping decisions.

The sales tax would also allow the City to triple current funding levels for streets, without having to issue any debt and pay interest on that debt. Currently, the City only has the money to debt finance street projects once every three years, and then must pay interest on that debt. And that still isn’t enough to keep up adequate street maintenance levels, as residents have pointed out repeatedly. This sales tax would give residents what they have been asking for – better streets and lower property taxes. 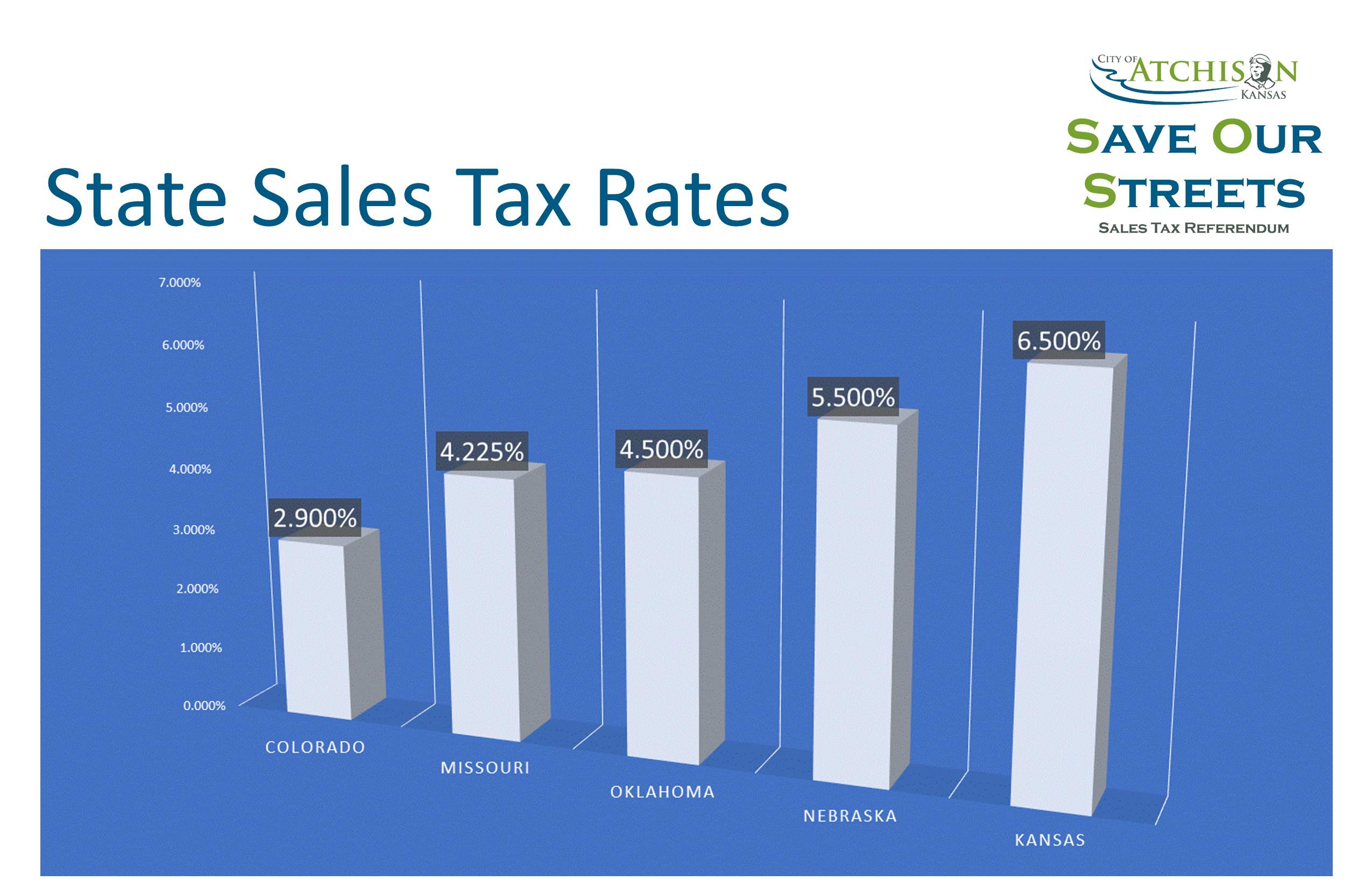