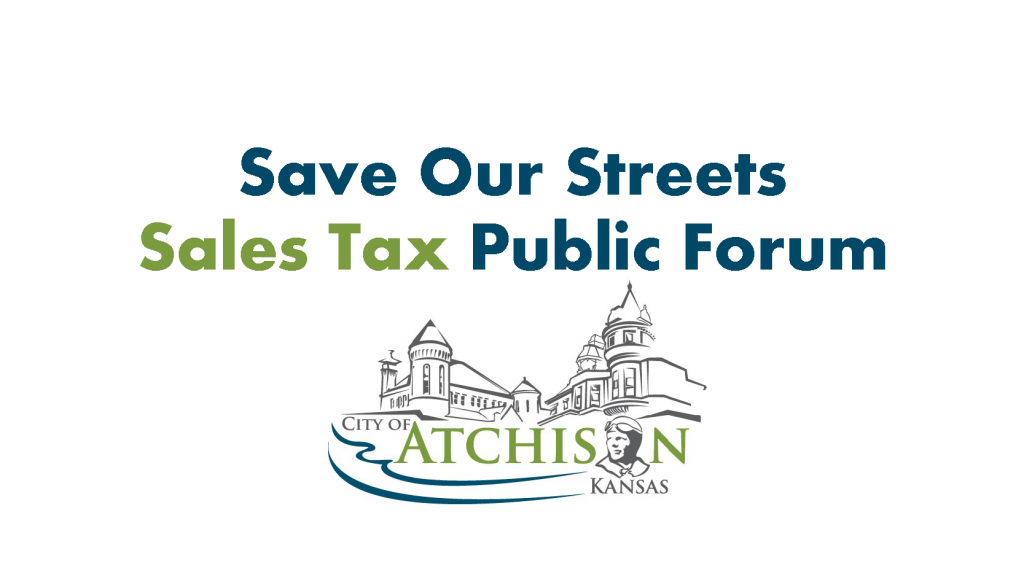 The video from the Save Our Streets Sales Tax Forum on June 14 is live: The special ballot question will be put to city voters 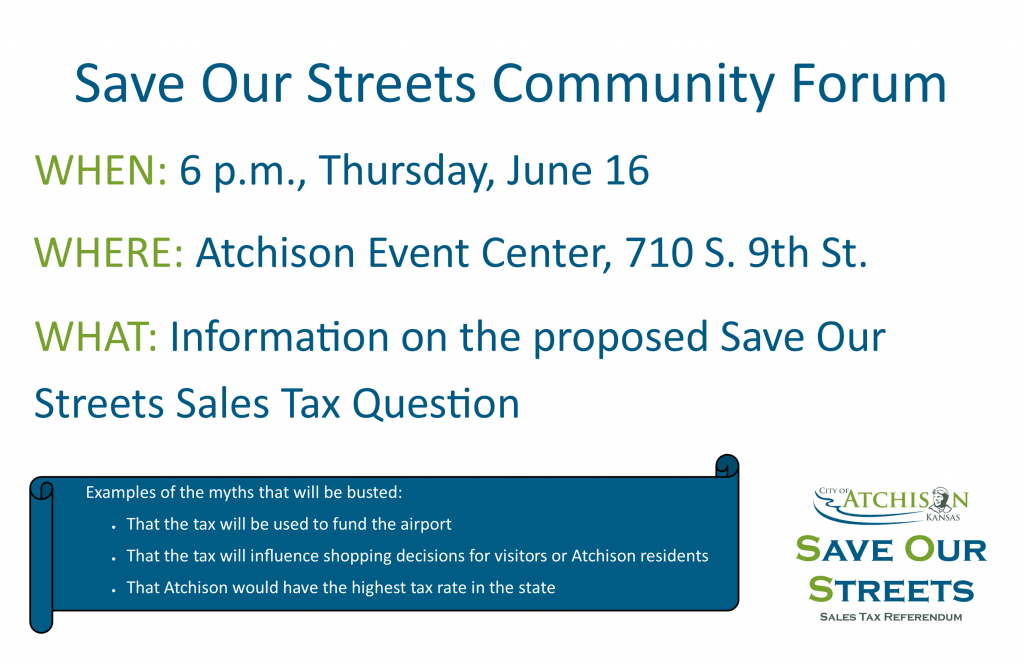 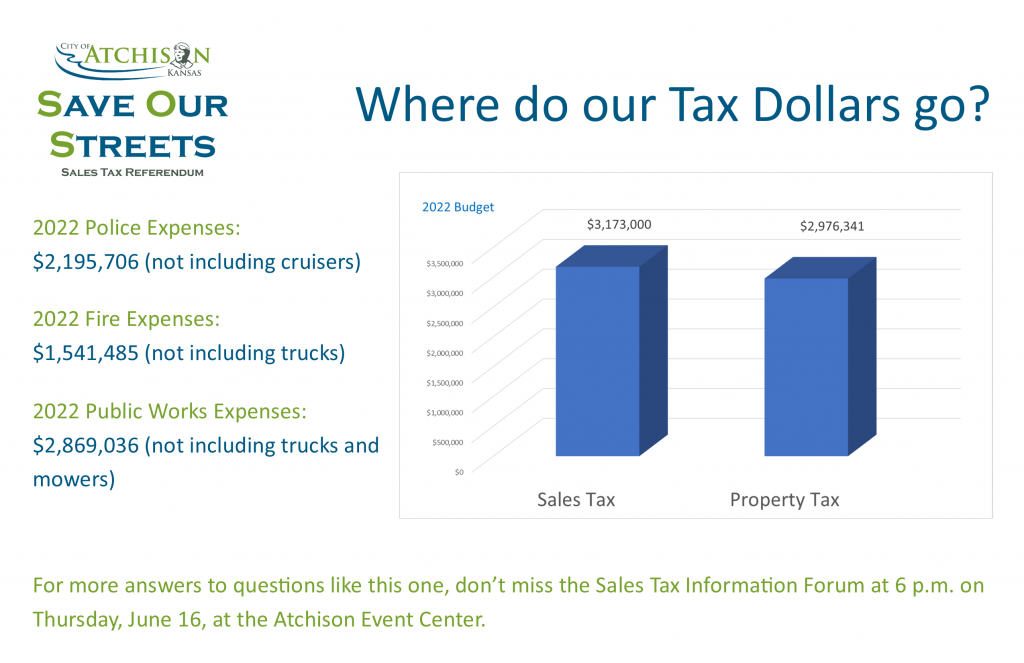 With the Save Our Streets Sales Tax Question by special ballot on Thursday, July 14, there has been some question as to where current City 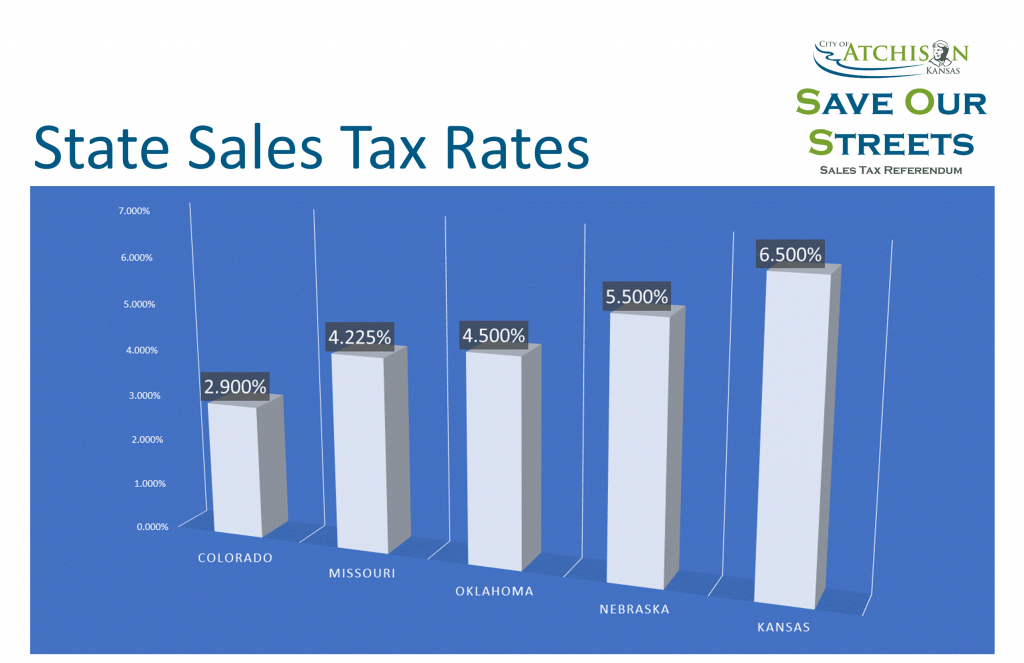 If voters approve the SOS – Save Our Streets Sales Tax Referendum in July, that would lead to a lowering of City property taxes (that 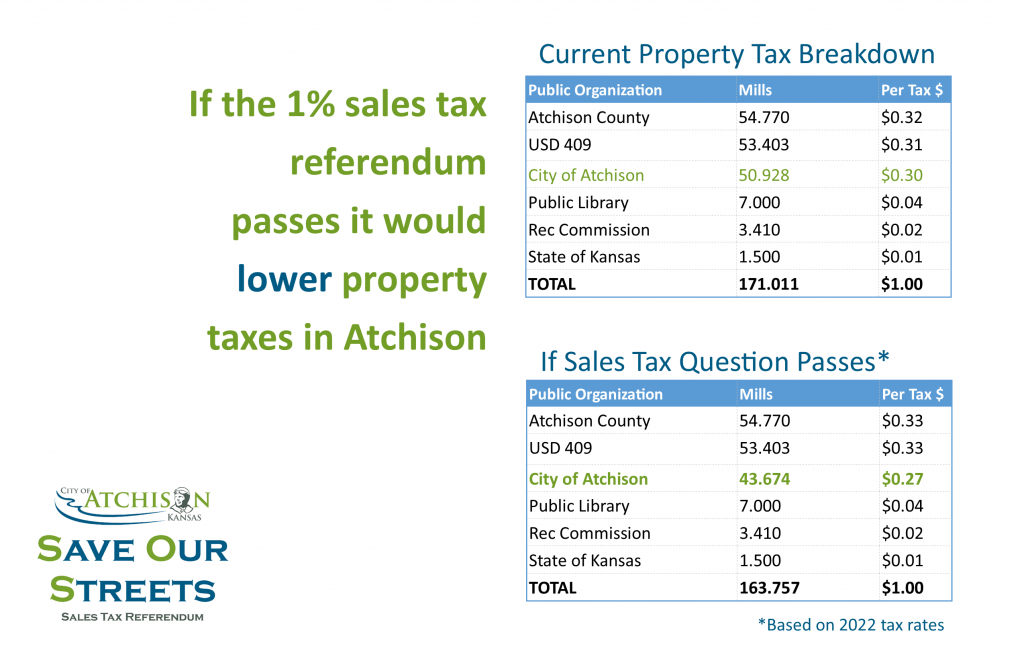 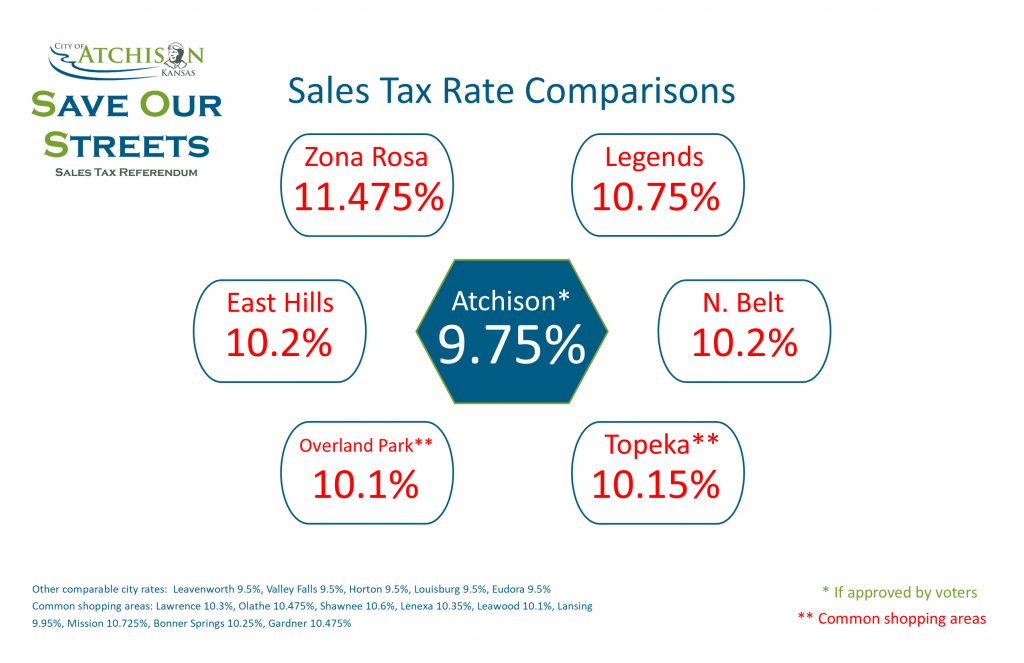 How much is the proposed tax?
1.0% – which would add 1 penny to every retail dollar spent in the City of Atchison.

There are two resolutions on Tuesday’s special meeting, what are they for?
One resolution is a legal calling for the referendum – making the question available for the public to vote on. The other resolution designates 75% of all revenue from the SOS Tax to transportation infrastructure – streets, sidewalks, curb, and alleys. The other 25% is designated to go toward property tax relief. That means the City’s portion of the mill levy will be lowered by an amount directly correlated to the money generated by the tax.

When would the tax take effect if it is passed and will it last forever?
The tax would go into effect on Jan. 1, 2023 and would sunset after 20 years.

Why this tax, now?
During the 2021 Community Survey, two of the biggest issues facing the community were identified as high property taxes and poor street and alley conditions:

Will this money be used for anything else, like the airport?
Resolution No. 3305, passed by the City Commission on May 10, 2022, allocates the revenue to streets, sidewalks, curbs, alleys (75%) and property tax relief (25%). None of the money will be used for the airport runway project, which will be covered entirely by federal and state grants and privately donated money. In fact, none of the money for the runway project will be paid by the city. This commission is dedicated to using any money generated by a new sales tax solely to streets infrastructure and property tax relief.
City of Atchison
515 Kansas Avenue
Atchison, KS 66002
Phone: (913) 367-5500
Fax: (913) 367-3654
Email Us