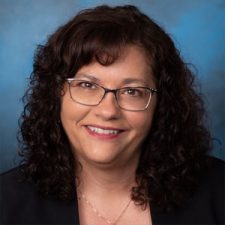 The City of Atchison is a municipal corporation led by a five-member volunteer City Commission. Commissioners are elected at-large (community-wide, no districts) and elections are held in odd numbered years. Three seats are up for each election. Elections are non-partisan.

City Commission members are the democratic “voice of the people” and exercise the public’s will by concentrating on issues that are responsive to the needs and the wants of the citizens.

The City Commission accomplishes this by:

A Mayor is annually selected by his or her fellow Commissioners to preside over the City Commission meetings, serve as a spokesperson for the community, facilitate communication and understanding among elected officials, and act as a community ambassador. A Vice-Mayor is selected as an alternate to fulfill the duties of the Mayor.

Qualifications to file for office:

Candidates must complete the filing forms with the City Clerk at City Hall, 515 Kansas Avenue:

Candidates also may file by petition, if the petition is signed by 100 qualified electors or by a number of such qualified electors equal to not less than 1 percent of the ballots cast in the ward at the last general city election, whichever is less.

Other Meetings: Council members also serve by appointment on various boards and committees that generally meet once a month. On occasion, it is necessary for the City Commission to hold a special meeting to address a timely or procedural issue. Proper advance notice and an agenda are given to Commissioners, the media, and the public, should this occur.

Workshops: On occasion, it is necessary for the City Commission to hold workshops to allow the governing body and city staff to work collaboratively on an issue. By law, a workshop is an informal meeting where by law no official action can be taken or decisions made, but they’re still a very useful and important tool of governance.

Normally, the City uses workshops during the development of the budget to discuss goals and priorities and get governing body feedback on revenue projections, department budgets, and strategic planning such as capital improvements and equipment reserve.

Compensation: The Governing Body does receive a taxable compensation of $75.00/year. Travel expenses are reimbursed according to city policy and within budget constraints.

Travel: The City offers a professional development and networking opportunity to attend the annual League of Kansas Municipalities conference. As ambassadors of the city, governing body members are encouraged, although not required, to attend. In the past, the City also periodically nominated governing body ambassadors to attend the National League of Cities conference, although this opportunity has been curtailed in recent budget years.

On occasion, evening travel may be necessary to attend a regional meeting such as City appointments to the Mo-Kan Regional Planning Commission or the annual League Regional Supper to network and learn about upcoming state and federal legislative issues.