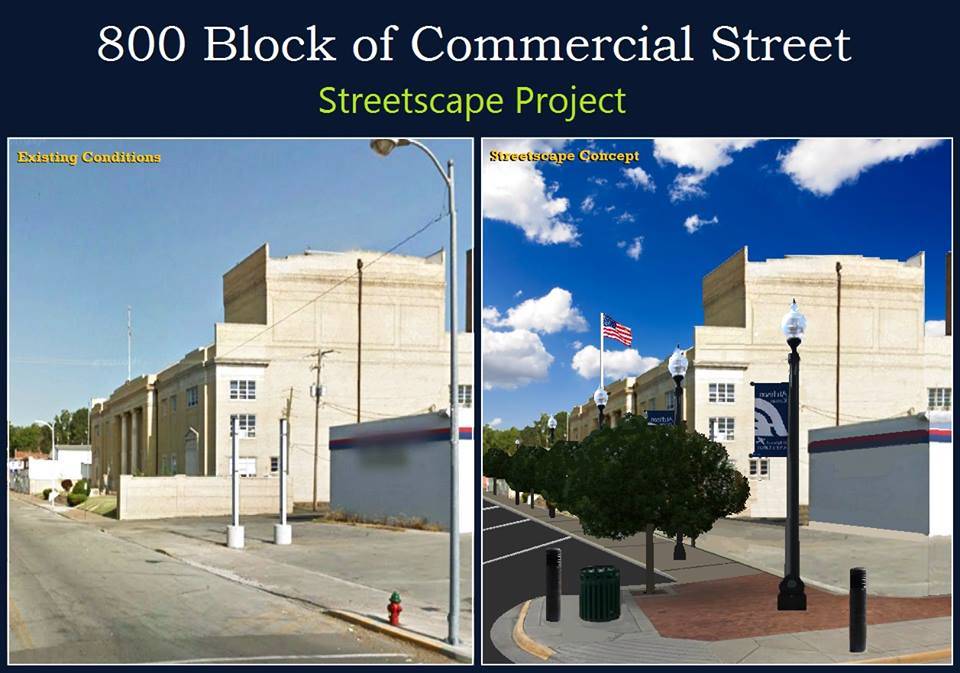 Funding: This project was primarily funded by a $850,000 grant through the federal Transportation Alternatives Program. The grant application was authorized by the City Commission via Resolution No. 3003 on October 15, 2015. Because the project includes sewer separation, all remaining costs over that amount will be funded by the City of Atchison Wastewater/CSO Capital Improvement Fund.

Construction Progress: Workers did uncover an historic bridge structure shortly after the project began. More information about that discovery is available here. 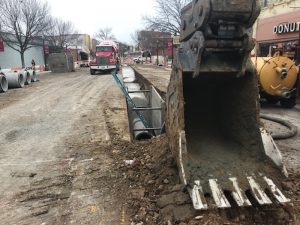 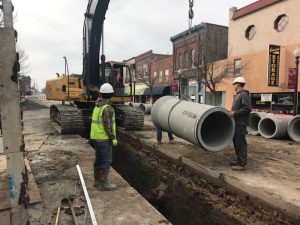 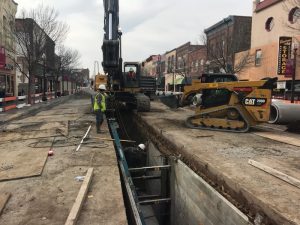 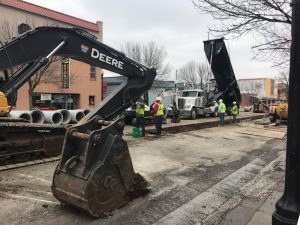 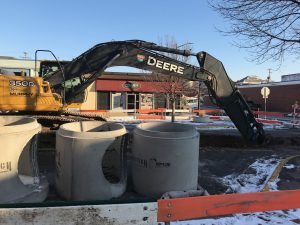 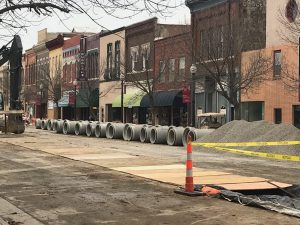 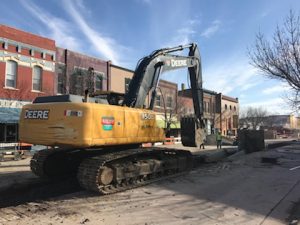 A trackhoe works on excavating a trench 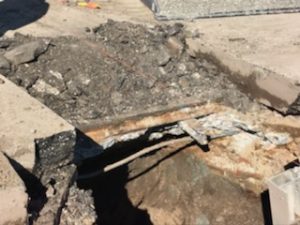 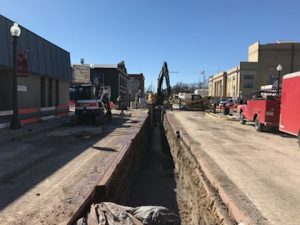 Looking west into the trench where the new stormwater pipe is being installed. 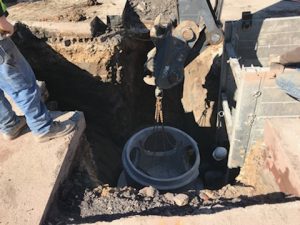 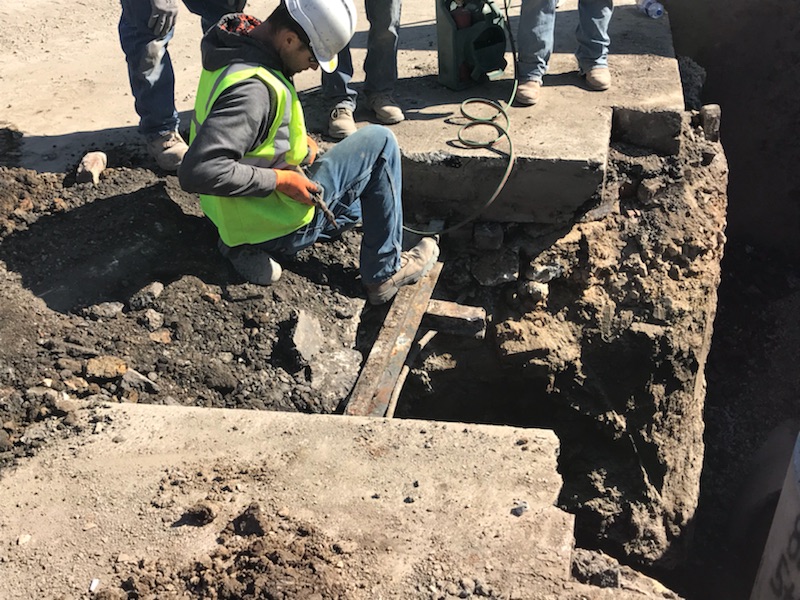 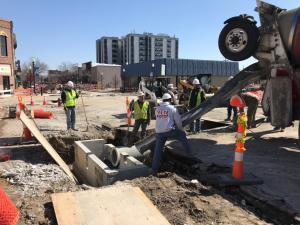 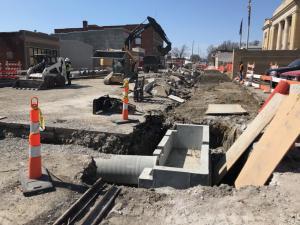 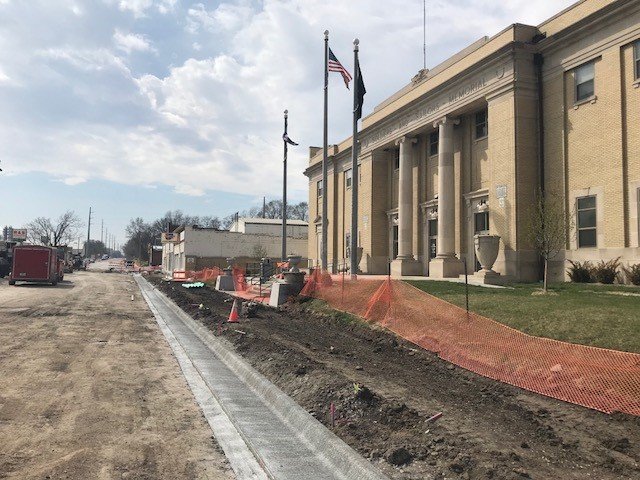 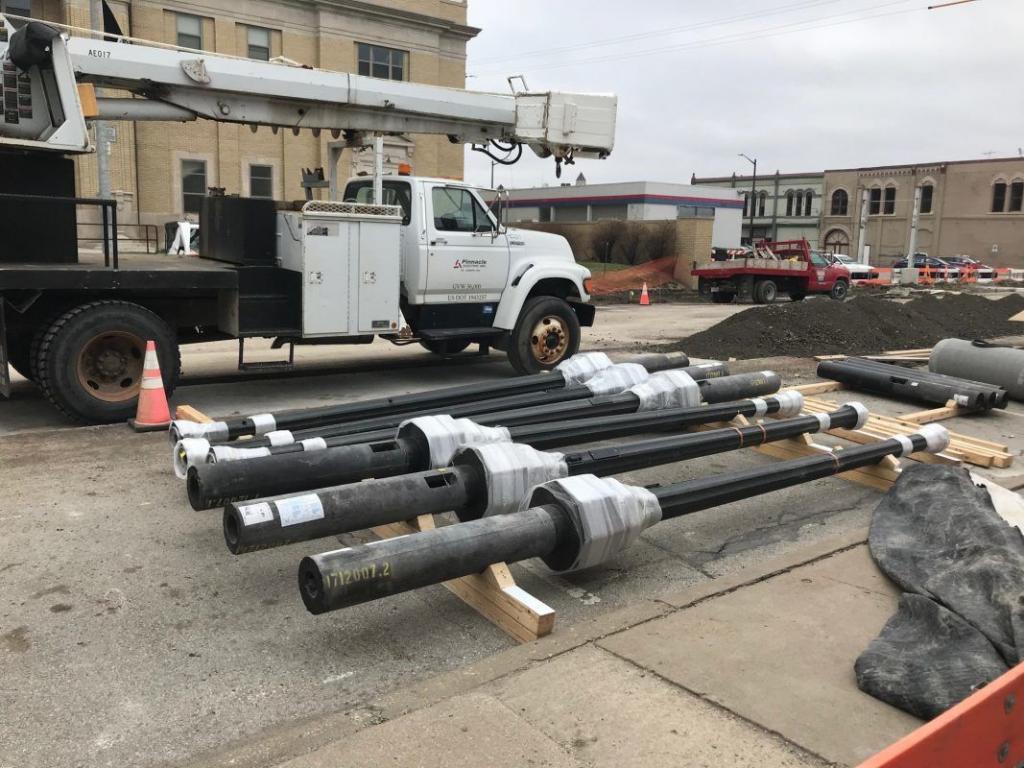 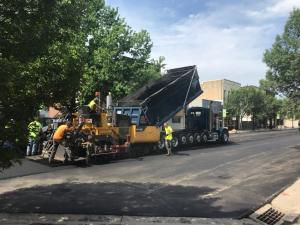 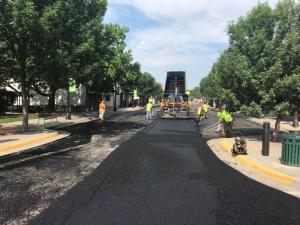 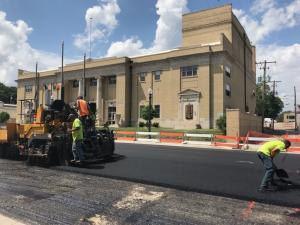