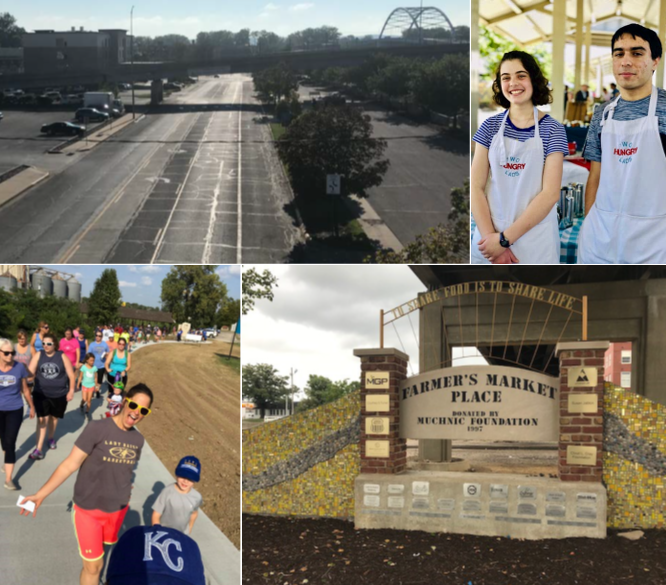 Late last year the City of Atchison was successful in seeking $1.45 million in grant funds to fuel a major overhaul in the 500 and 600 blocks of Commercial Street in downtown Atchison. Now, less than four months later, a $500,000 grant award through the federal Transportation Alternatives Program will benefit a major investment in the Main Street corridor in downtown Atchison.

The Main Street Corridor Project intends to replace and/or upgrade the curb/gutter, sidewalks, street lighting, and corridor landscaping of Main Street from 2nd Street to 10th Street in downtown Atchison. The $500,000 award is intended to fund phase I of the project, which runs from 2nd Street to 6th Street, including a walking path through the recently upgraded Farmers’ Market venue. The project will also contemplate on-street parking upgrades and crosswalk improvements as part of the scope of work.

Phase I of the Main Street Corridor is expected to cost about $625,000, meaning the City’s matching funds for the project will be around $125,000.

The Transportation Alternatives Program in Kansas is administered by the Kansas Department of Transportation, who announced the awards earlier this morning. The $500,000 grant was one of 18 awardees out of 32 applications. Of the $22 million in requested funds, just $8.6 million was awarded.

“The high quality of applications for projects this year made the process especially competitive” said Jenny Kramer, KDOT State Bicycle and Pedestrian Coordinator. “Projects tied to local long-term transportation and/or bicycle and pedestrian master plans were especially strong because they demonstrated a commitment over time to promote transportation choices and make their communities bicycle and pedestrian friendly.”

In order for Phase II of the project to be built, which would carry on the same improvement concept from 6th Street to 10th Street, the City of Atchison will need to apply for funding again in a future grant cycle, which is likely to occur later this year.

Even with the grant award announcement, the project must go before the City Commission for approval. Pending approval, construction could be queued up for 2021 or 2022.