Beginning with the Downtown West ADA Project (2016), the City of Atchison has undertaken a multi-year strategy to upgrade pedestrian facilities, focusing on downtown and the immediately adjacent residential neighborhoods and connections with high traffic corridors. The AMS West Sidewalks Project (2018), the Safe Routes to Schools: South 5th Sidewalks Project (2019), 2nd Street Corridor Project (2019) are all examples of major investments in pedestrian infrastructure.

The map below visually displays where those investments have occurred over the last five years. Those projects are listed below with grant funds awarded, over $4.1 million in total, shown in parentheses,. 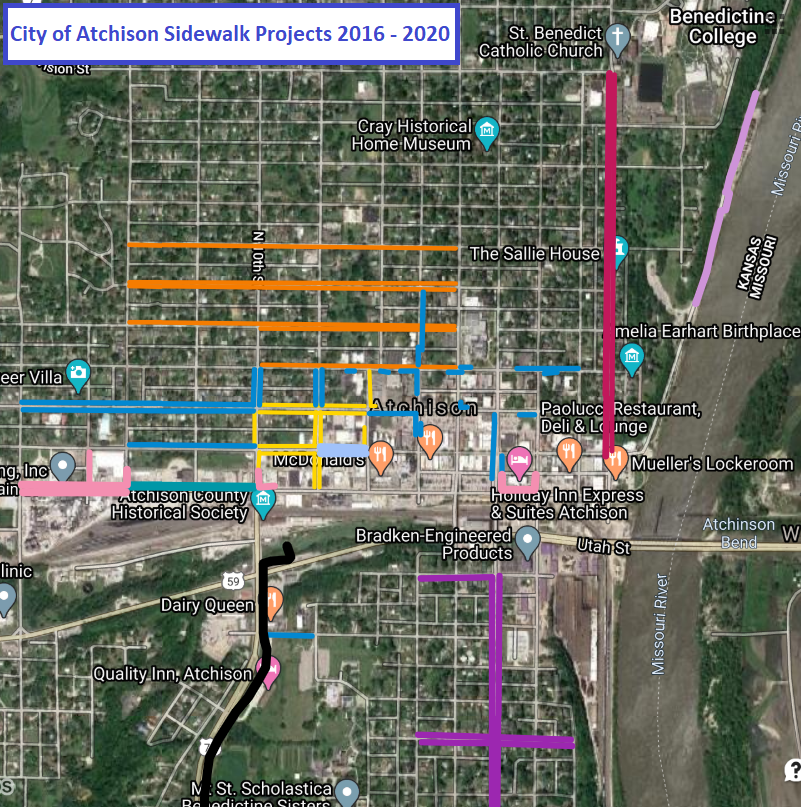 Potential future projects that connect well with what has already been built and are mentioned in the City’s Pedestrian and Bicycle Master Plan as well as the City’s 2030 Comprehensive Plan, include the following: