The AMS West Sidewalks Project, constructed by Bottorff Construction, has reached substantial completion. While final site restoration may extend until warmer temperatures allow for proper reseeding efforts, all concrete work associated with the project has now been completed. The project’s scope of work included sidewalk replacements and wheelchair ramp installations in the east/west pedestrian corridors for the neighborhood immediately west of Atchison Middle School.

The project was primarily funded by a $250,000 Community Development Block Grant (CDBG) that was awarded to the City of Atchison in 2017, with the City picking up the rest of the tab on the $450,000 project.

Project Summary: This project replaced the east/west sidewalk corridors in the neighborhood immediately west of Atchison Middle School. The project is focused between 6th & 12th Street as well as Santa Fe & Laramie. For a more detailed description of this project, please review the full staff report presented to the City Commission from October 3, 2016.

Funding: This project was primarily funded by a $250,000 grant through the federal Community Development Block Grant Program. The grant application was authorized by the City Commission via Resolution No. 3038 on October 3, 2016. The notice of the award was received in January of 2017.

Location: The neighborhood to the west of AMS. 6th to 12th. Santa Fe to Laramie. More specifically, the work is confined to census tract 819 block group 03 for the purposes of the CDBG grant that funded the project. 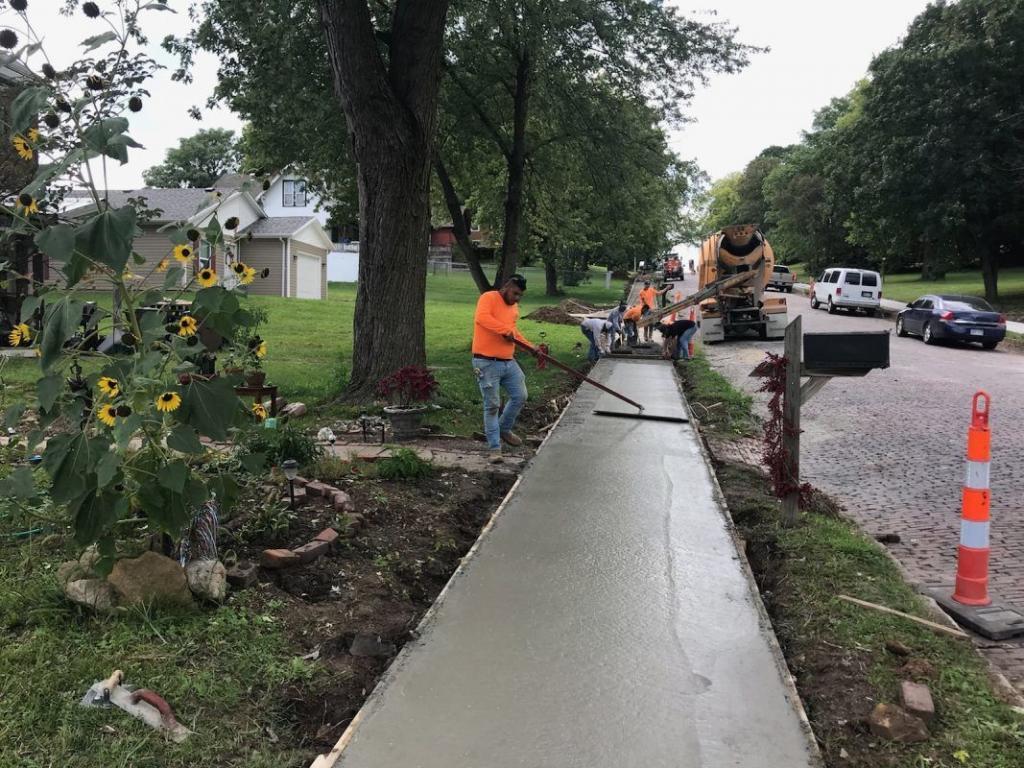